5 questions a brand needs to answer before it gets on social media!

This is the age of social media! All of us and our parents (and even some of our grandparents) are on Facebook, Instagram if not on the other platforms. This over-reliance on social media is a subject of concern given how it impacts our attention spans and is (maybe) making us more narcissistic and unhappy. There’s of course the other side of social media, which is the flat, non-hierarchical nature of these platforms that allow for peer-to-peer communication between people fr
110 views

How do I negotiate better?

As people we negotiate all the time. Whether it is with our parents, our spouses, our friends, bosses, shopkeepers, neighbours or strangers, rarely does a day pass without us negotiating. These negotiations range from the really small to the life-altering. This means that we all have a store-house of knowledge about negotiation i.e. things that we know and understand about this art. And trust me it is an art. It is an integral part of human psychology and life, yet it’s surpr
19 views

Lesson in leadership - Leading from behind

“He stays behind the flock, letting the most nimble go out ahead, whereupon the others follow, not realising that all along they are being directed from behind.” This is how Nelson Mandela, one of the greatest leaders of the 20th century, defined the role of a leader. This goes against the stereotypical image of a leader as seen in popular culture, an alpha male (majority of known examples till now have been, sadly, male), the uber-aggressive warrior who leads from the front.
16 views

Do you want to be like Elon Musk? Read on to know how! I don’t need to introduce Elon Musk to all of you but for those who’ve been living under a rock he’s currently the most visible entrepreneur/ CEO on the planet. He’s taken over the mantle from the late Steve Jobs and has a huge following of fan-boys across the globe that latch on to every action and tweet of his. No one, not even Mark Zuckerberg, who at no. 5 on the Forbes list of billionaires is more than thrice as rich
19 views

What career should I pick?

So, what career do you plan to pick? Are you confused about what career to pick? It is probably the most common question faced by most of us nearing the end of the second decade of our lives. Of course there are those amongst us who've always known what they were born to do. This article is for the remaining 99 % of us. Our education system is great at boxing people in. Early in our lives we are asked to tick on boxes that are labeled engineering, commerce or science. Once se
22 views 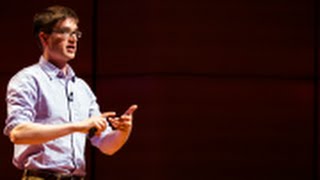 Follow your passion! An advice I'm sure you’ve heard from enough and more people. But how do you follow your passion? My passion was singing and I do believe and was told by several keen listeners that I have a crystal clear voice and sing in perfect tune. However, I was unsure of how to go about things or didn't know whom to ask. The journey of becoming a professional singer seemed far too daunting for may family than me getting a regular job. So I dropped chasing my passion
9 views